I feel a disturbance in the force…things are beginning to shift. Change is coming. In the UK we have AONR ( Age of No Retirement) that is working with older people and companies to “develop prototype programs designed to smash age barriers: to define “retirement” and “seniors” differently and to give older people a voice in new-product development.”

“The reality is that those who live longer are increasingly seeking work, not only to generate income but for a sense of purpose and fulfillment. Many people don’t want to simply retire and garden for 30 years. They’re looking for more.”-Jonathan Collie MD

Then in the US we have a new book by Ashton Applewhite , “This Chair Rocks: A Manifesto Against Ageism.”  It is on my list to order from B&N.

I agree with Ashton Applewhite that we can feel alone in facing our ageing and that it would be very positive to have a dialogue about our experiences. At any rate, I am happy to see more light shown on this topic.

And I found this blog: The Radical Age Movement: Confronting Ageism. I enjoyed reading their posts. I like their New Year’s Resolution:

This movement is long overdue. I will not be sorry to see the negative stereotypes about ageing finally put in their proper place, (the trash).

There is so much advice readily available from experts about how to live out the later years of our lives. I have seen different estimates of how long of a time we have left after say the traditional retirement age of 65. Wikipedia posted longevity charts from WHO and the UN that vary slightly. I noted that in poorer countries the life expectancy is much lower, closer to our traditional retirement age. So this third stage of life is a privilege of richer countries. And we are not all guaranteed those extra years.

One post I read said we should fill up our remaining years with giving back in volunteer work, others advice second acts, and new careers. I think this has to be a very individual decision. After all, it is the last years of YOUR life, not the experts lives. And you should be able to decide what to do with it and not feel guilty about it either. I liked this post by Dr. Bill Thomas, ( I know another expert), who says we are obsessed with this prolonged adulthood in our society that starts with trying to make adults out of our children when they’re still kids and ends with wanting to prolong middle age to forever because we think old age is terrible. Here is part of what he said:

“we find that older people are increasingly judged, and not according to the merits of age. Instead, the worth of an older person is determined by his or her ability to emulate a highly effective adult. People who still drive, still work, still run marathons and who still look, act and feel like young people are deemed to be successful. Those who can’t still do those things are… failures.”

I am in the process of looking at ageing and determining what I hope my remaining years to be. I have to look at my own abilities, passions, and limitations. I need to set my own course with what feels right to me. I have to know within myself that I have value even if I don’t run marathons,  or look like my younger self.

for crying out loud

Fabulous Fashionistas by Sue Bourne on You Tube:

You can join the fun on |Lindaghill| Stream of Consciousness Saturday. 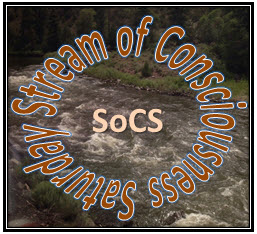 This is heartbreaking to think about that there are older people in America who need this kind of help. But I am glad there are agencies such as National Council on Aging that will help. According to NCOA:

“Many adults over 55 need help paying for prescription drugs, health care, utilities, and other basic needs. There are over 2,000 federal, state and private benefits programs available to help. But many people don’t know these programs exist or how they can apply.”

Thank you to the EngAGE blog for sharing this information and I am passing it on. If you or someone you know needs this help you can go to NCOA to find out how to apply for benefits. 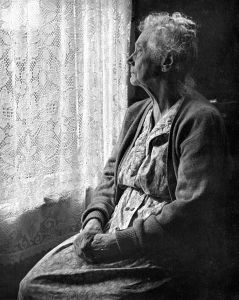 “A label is a mask life wears. We put labels on life all the time. “Right,” “wrong,” “success,” “failure,” “lucky,” “unlucky,” may be as limiting a way of seeing things as “diabetic,” “epileptic,” “manic-depressive,” or even “invalid.” Labeling sets up an expectation of life that is often so compelling we can no longer see things as they really are. This expectation often gives us a false sense of familiarity toward something that is really new and unprecedented. We are in relationship with our expectations and not with life itself.”

Rachel Naomi Remen is a doctor and author. I have read both her books several times. Sometimes I like to read them before going to sleep at night because they give me inspiration and peace. The two books I am referring to are “Kitchen Table Wisdom” and My Grandfather’s Blessing.”

Rachel struggled with her own chronic illness and still managed to get through medical school. She became a doctor when women in medicine were not often welcomed and accepted. She started out as a Pediatrician and later counseled people battling cancer. She is a member of the faculty at the University of California San Francisco Medical School. She founded the Commonweal Cancer Help Program in Northern California with Dr. Michael Lerner. 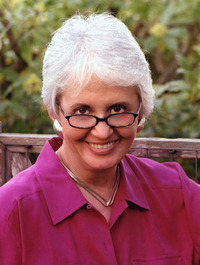 “There was never yet an uninteresting life. Such a thing is an impossibility. Inside of the dullest exterior there is a drama, a comedy, and a tragedy.”
― Mark Twain

We can not tell from the outside what a person’s life has been. When we reach out and talk to people we never know what we may find out. So many turn away from the elderly. Just think of all the interesting stories that are missed by not engaging with them. Stories from a long-lived life with lessons learned. Do we think they have nothing worth sharing? What can we learn from them? 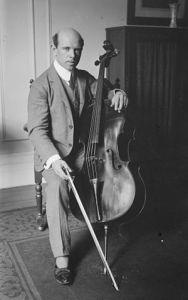 “I used to think that eighty was a very old age. Now I am ninety. I do not think this any more. As long as you are able to admire and to love, you are young.”
― Pablo Casals

Pablo Casals was a world famous cellist and composer. I like this quote because I think it is true that our perception of age changes as we get older. I once had a patient I visited when I worked as a Home Health Nurse. She was 97 years old at the time. She was living in a Nursing Home and one time she said to me about her fellow residents, ” They think they’re old, but they are young. When I was their age I could do a lot of things.” The other residents were in their 80s. How do you think about age and aging?

Can we go home again?

One of my all time favorite films is The Trip to Bountiful. It is a tour de force performance by Geraldine Page for which she received the Academy Award for Best Actress. Supporting cast members are John Heard, Rebecca De Mornay, Carlin Glynn and Richard Bradford. The screenplay is by Horton Foote  based on his play The Trip to Bountiful.  You might remember him because he did the screenplay for the film To Kill A Mockingbird.

One theme of this film is about the desire to return to the place where you felt most at home.  The nostalgia for earlier times in our lives when we may have been happier.

She plots to hide her pension check and make her escape by bus or train while her son is at work and her daughter-in-law is out of the house. She has made attempts in the past but they have always caught her.

Carrie has some behaviors that really get under her daughter-in-law’s( Jessie Mae)  skin. She loves to sing old hymns all day while doing housework and she is always rushing about the apartment in spite of her heart condition that brings on a few fainting spells.

The opening music for this film is an old hymn that gets me weepy every time I hear it, ” Softly and Tenderly Jesus is Calling. ”  I am not really very religious. It is just very soulful to me. Anyone familiar with the old southern hymns will recognize many that Carrie is fond of singing.

Carrie needs to make this journey home to complete something in her life. To lay things to rest. As the film progresses we learn the story of her life.

Have you even seen this film? What were your impressions of it?

When I grow older

Have ice cream with lunch

Be in as good shape as

If you want to see what I mean click on the link:  Sun City

this story came to me via the EngAge blog

Be yourself-not your idea of what you think somebody else’s idea of yourself should be.-Thoreau

I have always been a rebel at heart. You know, “marched to the beat of a different drummer.” Don’t put me in a box and tell me what to do and when. Don’t tell me I have to disappear at a certain age and be content with puttering about and going on bus tours to Las Vegas with the Senior Center. Unless that is what I really like to do. Which I don’t. So I love hearing about older people who refuse to be boxed in by society’s limited expectations of them and go on pursuing their passions with a passion.

I follow a few great blogs and websites like EngAge and National Center for Creative Aging and recently a newsletter called Senior Planet. In my latest newsletter from them was a great video post about older people who have decided to go on living as fully as they can and the way they want to, called “  63 Minutes of Aging with Attitude.” I love it!

I don’t mean to imply that we have to prove anything to anyone else. Just to give ourselves permission to follow whatever path we have chosen.

UNTIL THE END - BLOG POSTS FROM JULY, 2012 THROUGH PRESENT