Sarah Winchester sought to be elusive to the ghosts who haunted her after the death of her husband and only child. She had married into a wealthy family and inherited a huge fortune on the death of her husband.* She spent a large part of her fortune and the major part of her life building onto her mysterious mansion. The workmen never stopped, working in continuous round the clock shifts. No expense was spared and many luxurious materials went into the construction. The house was built to appease the ghosts who haunted Sarah and possibly confuse them, with some doors that go no where or stairs going up to the ceiling. She would sleep in different rooms to elude the spirits and held séances to communicate with them. The number 13 is a recurrent theme in the house’s construction. Many rooms were constructed only to be torn apart. I have a memory of visiting there but now realize how little I knew about this mysterious house and lady. It is a disturbing story, a spooky Halloween tale. I hope she found peace in the end.

*heir to the inventor of the Winchester rifle. For a bit more history click on the links.

The prompt word “elusive” was suggested by Evelyn of Eclectic Evelyn (http://www.eclecticevelyn.com/).

“…Politics is an activity in which you recognize the simultaneous existence of different groups, interests and opinions. You try to find some way to balance or reconcile or compromise those interests, or at least a majority of them. You follow a set of rules, enshrined in a constitution or in custom, to help you reach these compromises in a way everybody considers legitimate.

The downside of politics is that people never really get everything they want. It’s messy, limited and no issue is ever really settled. Politics is a muddled activity in which people have to recognize restraints and settle for less than they want. Disappointment is normal.

But that’s sort of the beauty of politics, too. It involves an endless conversation in which we learn about other people and see things from their vantage point and try to balance their needs against our own. Plus, it’s better than the alternative: rule by some authoritarian tyrant who tries to govern by clobbering everyone in his way….”
― David Brooks

I hope more of our congressmen and congresswomen would follow this advice about what compromise is. It is not that I don’t think people need to question and push back, or feel passionately about their beliefs, but I am tired of the closed minded regidity of some of them, and the authoritarian leanings I see taking sway lately.

JustJotItJanuary is being guest hosted by Judy E. Martin of Edwina’s Episodes the prompt word today is “compromise” suggested by Ritu at But I Smile Anyway (https://butismileanyway.com/) . David Brooks quotes from Goodreads quotes. Featured image photo of detail from Elihu Vedder’s mural ‘Government’ by Carol Highsmith via wikimedia.

‘I might as well inquire’, replied she, ‘why with so evident a design of offending and insulting me, you chose to tell me that you liked me against your will, against your reason, and even against your character? Was not this some excuse for incivility, if I was uncivil? But I have other provocations. You know I have. Had not my own feelings decided against you, had they been indifferent, or had they even been favourable, do you think that any consideration would tempt me to accept the man who has been the means of ruining, perhaps for ever, the happiness of a most beloved sister?’

And a bit later:

‘From the very beginning, from the first moment, I may almost say, of my acquaitance with you, your manners impressing me with the fullest belief of your arrogance, your conceit, and your selfish disdain of the feelings of others, were such as to form that ground-work of disapprobation, on which succeeding events have built so immoveable a dislike: and I had not known you for a month before I felt that you were the last man in the world whom I could ever be prevailed upon to marry.’

I hold this book in the opposite of contempt, I love it! (Pride and Prejudice by Jane Austen, in case you did not recognize or ever have the pleasure of reading it.) I’m with Elizabeth here in that I have never liked conceit and fat-headedness in anyone. I don’t like braggards or someone “blowing their own horn.”

On a lighter note, I have been looking for a good red wine for a moderate price. I do prefer California wine because it is local and I am in love with our wine countries. There has been an explosion of wineries in California and this makes it  impossible to keep up with all the labels. So just doing some quick research (Google) and happy to see there are some wines that are affordable to me. ( $20 and under). I really like the richer flavored red wines, like Cabernet, and found out that some of the best are from Napa Valley. Here’s another list of red and white wines and some from other countries. And another list of California Cabernet, from different regions, under $4o. One more list of 100 wines from California and other countries for $15 and under. Hmm, lots to explore and my research may take some time…..

Stream of Consciousness Saturday is hosted by Linda G Hill and the prompt word for today is “glass.” Featured image is ‘Vineyard bathed in light [Sonoma]’ by torbakhopper on wikimedia.

“We are now in the mountains and they are in us, kindling enthusiasm, making every nerve quiver, filling every pore and cell of us. Our flesh-and-bone tabernacle seems transparent as glass to the beauty about us, as if truly an inseparable part of it, thrilling with the air and trees, streams and rocks, in the waves of the sun,—a part of all nature, neither old nor young, sick nor well, but immortal.”  -John Muir

I have had my transcendent experiences in nature, or in listening to great opera, or even eating great food. How about eating great food in nature while listening to opera. But nature is pretty high on my list. Even enjoying the nature in my small backyard. I agree with John Muir that nature is essential to our well being and our very spirit/soul. It is where we find that we are truly connected to the earth and all its inhabitants and feel awestruck by its beauty.

JustJotItJanuary blogging challenge hosted by Linda G Hill. Today’s prompt word “transcendent” was suggested by me. 🙂  The Featured Image at the top of the page is called ‘Transcendent Moment’ by Joel Penner on Flickr. 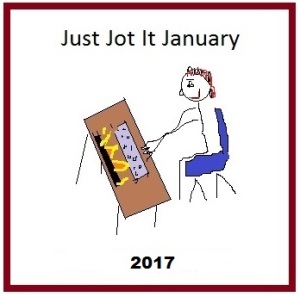 The JustJotItJanuary prompt word for today is “rubbish.” Here in the US we do not refer to our rubbish as rubbish, we call it trash or garbage. We use the words in a similar way either literally or figuratively. So somehow this reminded me of another word we have used to describe something we think is rubbish, trash, or garbage…and it isn’t a swear word.

The word is baloney and an old American expression is “You’re full of baloney” or “That’s baloney”  which means that’s crazy, nonsense, rubbish, crap, BS, blarney, garbage, hogwash, malarky, gobbledygook….you get the idea. Baloney ( proper name balogna) is also a luncheon meat that many of us took to school in our lunch boxes as kids. This image below makes me hungry for a baloney sandwich and I really don’t like baloney all that much. And it is baloney on white bread, probably with mayonaise. It does sound good though. It looks like the white bread we used to eat when I was little, called “Wonder Bread.” Now when my kids were growing up white bread was out and wheat or whole grain was in. Nowadays it might be gluten free.  And that’s no baloney.

JustJotItJanuary is a blogging challenge hosted by Linda G Hill. Prompt word for today is “rubbish” suggested by Wendy of Wendy’s Waffle . Featured image of old fashioned lunch box by Scott Rubin on Flickr. Image of Baloney Sandwich by Diderot’s Dreams on wikimedia.

I need to remember this when I start to get up on my soapbox. Just the thought of the word complaint raises my tension level. The image of ‘Calm Lake’ by Moyan Brenn is an antidote.

“Many that live deserve death. And some that die deserve life. Can you give it to them? Then do not be too eager to deal out death in judgement. For even the very wise cannot see all ends.” -J R R Tolkien

JustJotItJanuary, prompt “mercy” suggested by BarbCT of Gallimaufry. JustJotItJan is a January blog challenge guest hosted today by Shan Jeniah of Shanjeniah’s Lovely Chaos. Featured Image is Rosa ‘Compassion’ by Ana Reg on wikimedia. Tolkien quote from his ‘Lord of the Rings.’

When babies are in the NICU it is a long vigil for the parents and family. Many say it is a roller coaster ride because there can be many bumps and twists in the road, large and small, as the baby fights for survival. You wish for time to pass quickly so the baby will reach the point of being strong enough to go home.

Via Children’s Hospital LA on You Tube:

This post is part of JustJotItJanuary. The word prompt for today is “hospital” suggested by Charlene Bullard at FaithtoRaiseNate.com.

“Here’s to the ones who dream

Foolish, as they may seem

Here’s to the hearts that ache

Here’s to the mess we make…”

JusJotItJan is hosted by Linda G Hill. Prompt word “tingle” suggested by Tessa. Above quote of lyrics from ‘The Fools Who Dream’ by Justin Hurwitz for the film La La Land. Featured image of La La Land scene from Bogo Games on Flickr. This is a film that will make you tingle with happiness for the great art it is. 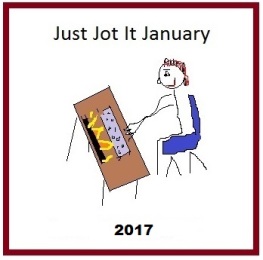 Notes Tied On The Sagebrush
Blog at WordPress.com.
Loading Comments...