I often speak in idioms in my everyday conversation, like:

They aren’t playing with a full deck.

That cost an arm and a leg.

Don’t beat around the bush.

Don’t put all your eggs in one basket.

I feel a bit under the weather.

She is head and neck above the others.

Which means she’s at the head of the class.

I’m sure you can think of many more idioms. Do you have any favorites?

Stream of Consciousness Saturday is hosted by Linda G Hill. The prompt today is “class.” 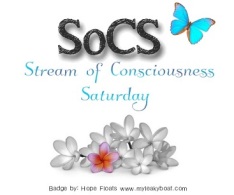 16 thoughts on “Fly in the Face of Convention”

poetry & posts about life & everything

The End of Austin

an exploration of urban identity in the middle of Texas